UCI Drama's 2016-17 season, THEM!, explores our tendency - both as individuals and as societal groups - to separate and cast blame on "The Other." Through a series of plays and musicals that investigate religious persecution and genocide, the castigation of physical difference, interpersonal alienation, and our xenophobic reaction to other cultures culminating in war, we examine the ways in which we so often look to identify a scapegoat rather than find mutual understanding and acceptance. Present throughout the plays of the season we hear the voices of "them."

THEM! Drama Series The Iliad: Menin (Rage) Written by Homer with translation by Stephen Mitchell  Annie Loui, Director and Choreographer   October 13 – 16, 2016 Winifred Smith Hall This dramatic movement piece is constructed in the style of CounterBalance Theatre, in which actors play multiple characters, as well as animals and architecture. Physical depictions of gods, monsters and nature personified are embodied by the ensemble of performers who play multiple speaking parts and all of the movement roles. Taking place ten years into the Trojan War, this is a story about reputation and honor, and how they create the ultimate THEM and US: a world in which friends and allies become enemies, and even the immortals come down to earth to take sides.... more 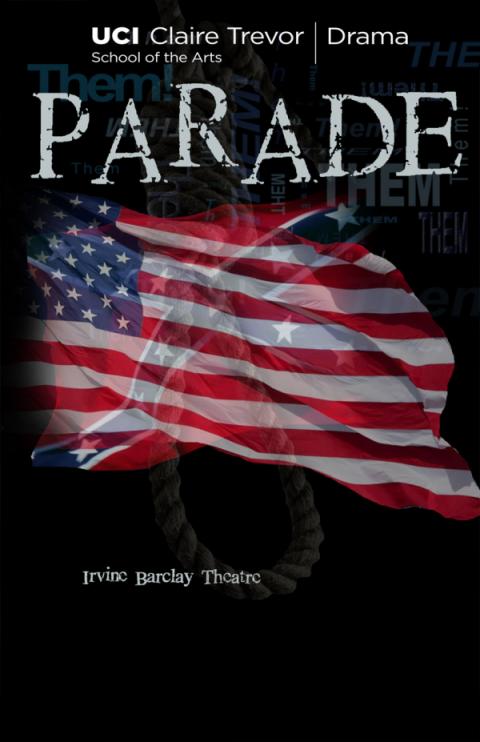 THEM! Drama Series Our Class Written by Tadeusz Słobodzianek Jane Page, Director   December 1 – 4, 2016 Experimental Media Performance Lab (xMPL) Our Class tells the story of a group of Polish and Jewish classmates beginning in 1925, first examining the atrocities they suffer as war breaks out in their town and anti-Semitism erupts in a series of rapes, murders, and instances of torture. As we follow the few survivors throughout the remainder of their lives, they attempt to reckon with the past, trying in retrospect to make sense of seemingly senseless events. At its core this is a universal tale of collective blame, inexplicable history, and the dangers of xenophobic group think leading to the scapegoating of entire populations. Performances: Evenings: ... more 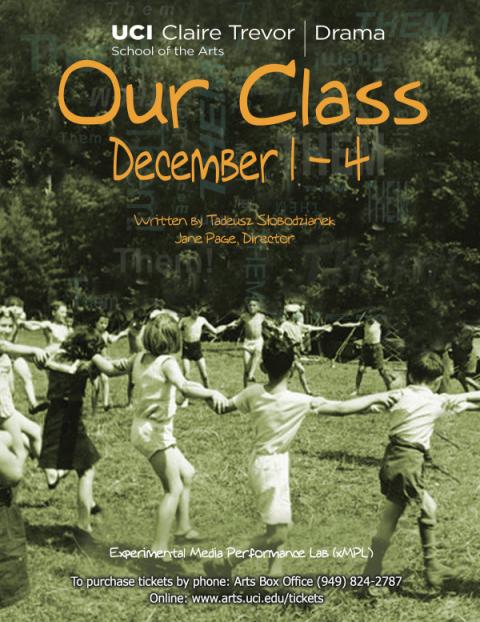 THEM! Drama Series Coriolanus Written by William Shakespeare Paul Cook, MFA Directing Candidate   February 4 – 12, 2017 Claire Trevor Theatre Coriolanus is based on the life of legendary Roman leader Caius Marcius Coriolanus. After military success against various uprisings which challenged the government of Rome, Coriolanus becomes active in politics and seeks political leadership. His temperament is unsuited for popular leadership and he is quickly deposed, whereupon he aligns himself to set matters straight according to his own will; as it turns out, the alliances he forges to accomplish his own will result in his ultimate downfall and death. This is an examination of the personal alienation required by politics and war, and the ways in which our own actions... more 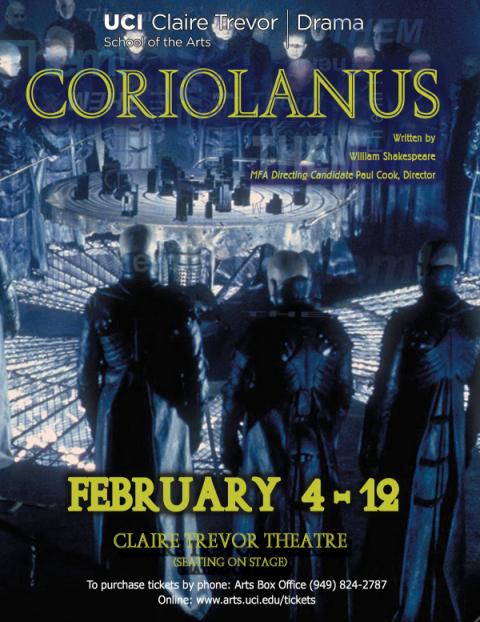 The Man Who Killed the Cure

The Man Who Killed the Cure Written by Luke Yankee Don Hill, Director   Featuring guest artists Robin Buck and Noah Wagner   February 25 –March 5, 2017 Robert Cohen Theatre The Man Who Killed the Cure is a world premiere of the controversial new play inspired by the work of Dr. Max Gerson, one of the fathers of natural healing. When Dr. Gerson discovers an all-natural cure for cancer in the 1950s, a rival doctor, a big pharmaceutical company, and the American Medical Association will do anything in their power to stop him. Performances: Evenings: Feb. 25, Mar. 2, 3, 4 @ 8 p.m. Evening: Mar. 1 @ 7:30 p.m. Matinee: Feb. 26*, Mar. 4, 5 @ 2 p.m. *Ticketholders: Please join us for a post-performance TalkBack with the creative team and cast. Free... more 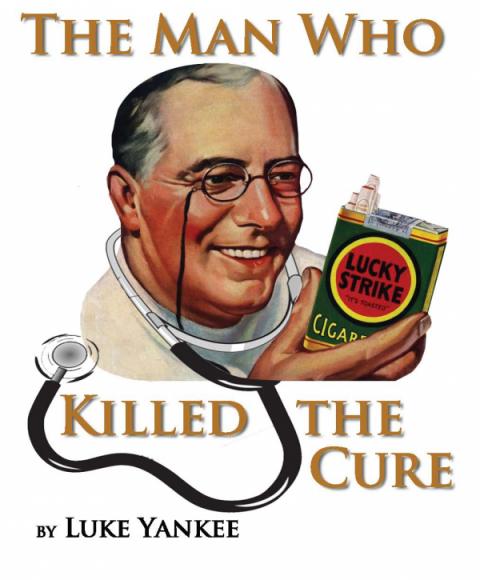 THEM! Drama Series Clown Aliens Written and Directed by Eli Simon Composer and Sound Designer: Vincent Olivieri March 11 – 19, 2017 Claire Trevor Theatre ' Read the Press Release Clown Aliens is a collaborative production created in 2013, when it was commissioned by the National Theater of Romania as the second installment of the Simon/Olivieri War of the Clowns saga. The story follows a family of clowns who leave their home on Clown Planet and become inhabitants of Earth, encountering the same hatred and bigotry that many outsiders face when trying to fit into contemporary American life. Clown Aliens explores the trials and tribulations of assimilation, and how strangers in a strange land desperately hold onto their heritage and family ties. This piece... more 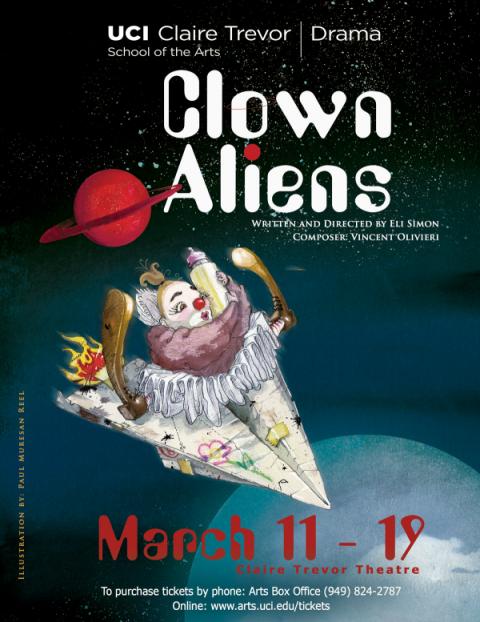 I Dream of Chang and Eng

THEM! Drama Series I Dream of Chang and Eng Written by Philip Kan Gotanda Ricardo Rocha, Director   April 29 – May 7, 2017 Robert Cohen Theatre I Dream of Chang and Eng tells the story of Chang and Eng Bunker, the original “Siamese twins,” whose early lives were spent touring in a 'freak' exhibition. Charismatic and canny, they bought out their contract and toured themselves around the world, advising the king of Siam and carousing with English aristocracy before settling down on a Southern plantation, marrying sisters and fathering 21 children between them. This is the story of two people who were singled out as “freaks” by conventional society, but got the last laugh as they ultimately used this classification to their own gain.  Performances: Evenings:... more 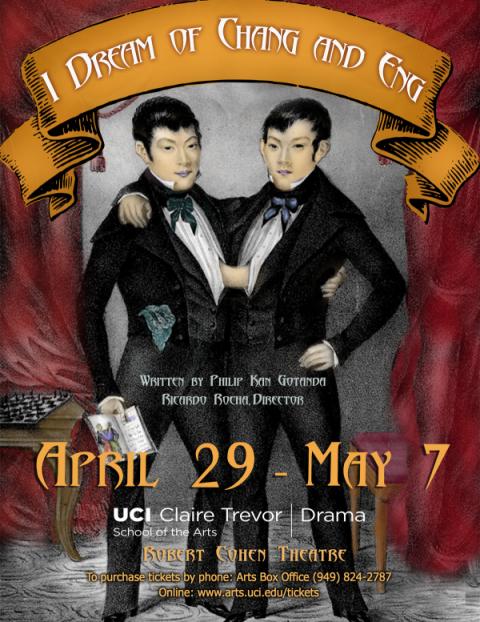 THEM! Drama Series Avenue Q Music and lyrics by Robert Lopez and Jeff Marx Book by Jeff Whitty Don Hill, Director Dennis Castellano, Music Director   June 3 – 10, 2017 Claire Trevor Theatre Avenue Q is an "autobiographical and biographical" coming-of-age parable, addressing and satirizing the issues and anxieties associated with entering adulthood. Its characters lament that as children they were assured by their parents, and by children's television programs such as PBS's Sesame Street, that they were "special" and "could do anything." As adults, however, they have discovered (to their surprise and dismay) that in the real world options are limited, and even their defining qualities render them no more "special" than anyone else. Read the REVIEW from... more 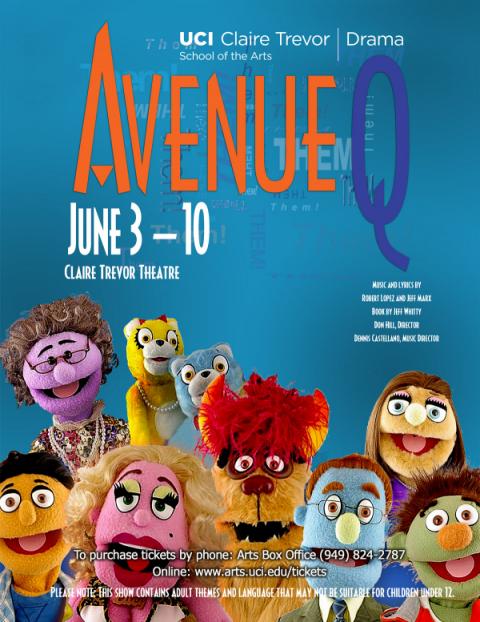