Daphne Lei is internationally recognized for her scholarship on Chinese opera, Asian American theatre, intercultural, diasporic and transnational, and transpacific performance. Her intellectual interest is the contact zone, where conflicts occur and solutions are sought, where hybridity is nurtured and resisted, where borders are crossed and borderlands formed, where identity is challenged and performed. Her research focuses on intercultural exchanges across the Pacific, especially interactions between Asians and Asian Americans and negotiations between Asian and non-Asian cultures.

She is the author of three monographs:

As an editor, her publications include:

Her advocacy for diversity, equity, and multiculturalism is woven into her interdisciplinary performance work, research, curriculum, and professional service. She is the founder and director of “Multicultural Spring,” a program that promotes multicultural performance since 2007, and the founding director of Theatre Woks, a theatre group that cultivates Asian American talent and promotes diversity. Dramatic Transformations, her multi-year performance research project on diversity of graduate students (2012-2015) has had campus-wide impact and its record can be found in the University Archives at UC Irvine https://oac.cdlib.org/findaid/ark:/13030/c8v129j8/  As the former president of American Society for Theatre Research (ASTR, 2015-2018), she initiated multiple programs and projects that promoted diversity and augmented minoritarian and transnational voices, which contributed to the transformation of landscape of theatre and performance studies.

As transnational intellectual, Lei has been invited to give keynote speeches and present research in many countries. As bilingual scholar, she publishes both in English and in Chinese. Her Chinese publication is seen in Taiwan, Hong Kong, and China. 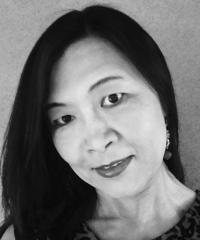