Don Hill has worked in the professional theatre as an actor, stage manager, production manager, director, producer and union negotiator in a thirty-two year career spanning both coasts. As an actor, he attended Webber Douglas Academy of Dramatic Arts in London. As a directing student at USC he was mentored by the late John Houseman, who chaired his master's thesis, Find Your Way Home. Latter at USC he would guest direct Equus, California Suite And The Lion In Winter.

Hill served as production stage manager for the Los Angeles Chamber Orchestra under the artistic direction of Gerard Schwarz working with such luminaries as Patti Lupone and Leontyne Price. As resident production stage manager for the Los Angeles Actors' Theatre (LAAT), he stage managed twelve productions including the world premiere of John Guare's Women And Water and the world premiere of Sherlock's Last Case by Charles Marowitz starring Dakin Mathews.

Off-Broadway he stage managed Secret Honor produced by Robert Altman and starring Philip Baker Hall. At the Los Angeles Theatre Center he stage managed the world premier of Nanawati by William Mastrosimone, starring Bill Pullman. For the Mark Taper Forum, he was production stage manager for Street Of The Sun.

During his five years as production manager for the Los Angeles Theatre Center he supervised 66 main stage productions 54 of which were new works. Hill received the Employee of the Year Award for his outstanding contribution. As production manager for inaugural season of the Geffen Playhouse he worked with such prominent directors as Joe Mantelo on Love, Valor, Compassion and Adrian Hall on Quills.

As Associate Producer for the Long Beach Civic Light Opera (one of the largest musical theatre companies in America), Hill worked with such personalities as Carol Burnett, Dixie Carter, Nell Carter, Tyne Daly, Sandy Duncan, Charles Durning, Bebe Neuwirth, Leslie Uggams and Elaine Stritch. In addition to overseeing all production elements of the large scale, star-studded musicals in the 3,000-seat Terrace Theatre, he was involved in revitalizing the Center Theatre, a 600 seat venue. While assisting in launching the national tour tours of State Fair staring Susan Egan and Bye Bye Birdie starring Tommy Tune and Anne Reinking, Hill produced for a New Works Festival for the Center Theatre. He also became heavily involved with the student outreach program “Class Act”, which brought thousands of junior high school students into the theatre to see a specially adapted version of the show which he created. The highlight of Don Hill’s experience at the LBCLO was creating (with Tony Award wining Producer Barry Brown), the legendary presentation of Company In Concert, a concert version of the musical Company with the original Broadway Cast. After a record-breaking performance at the Terrace Theatre, he took the show to Avery Fisher Hall at Lincoln Center.

For 12 years Hill served on the board of LA Stage Alliance (formerly Theatre LA). This organization created the Ovation Awards (the only peer judged award for excellence in theatre in the greater Los Angeles area). Mr. Hill was a vital player in the creation of the Ovation Awards show, from its first competitive format presented at the Alex Theatre in 1995 to its growth at the Shubert Theatre and later at the Orphem Theatre. As Associate Producer and later as Director of this show, Hill’s passion for celebrating the best in theatre was evident. Under his guidance, the Ovation Awards presentation has honored such theatre greats as Stephen Sonhdiem and August Wilson, with such celebrity hosts as Nathan Lane and Alfred Molina.

During this time, Mr. Hill worked on a number of important benefits. He was production stage Manager for the Pacific Center AIDS benefits honoring Elizabeth Taylor and Angela Lansbury. He worked on other benefits as production manager that included A Tribute To Peter Allen with Bette Midler and Lily Tomlin and George Burns 80th Birthday Celebration with Carol Channing.

Hill has toured nationally as production stage manager on The Diary Of Adam And Eve with David Birney and with Carmen Zapata’s tour of The House Of Bernarda Alba.

As the chief business representative for Actor's Equity Association for seven years, Hill negotiated and administered the Production (Broadway) Contract, The Disney Agreement, Business Theatre Agreement, Western Special Production Contract, The Western Civic Light Opera Agreement, the Hollywood Area Theatre Agreement and the new Casino Agreement. Among his many achievements while at Actor’s Equity, he organized the Hollywood Bowl for Equity Performers. He also was a major contributing author to the new Casino Agreement. In addition, he served as national staff chairperson for the Entry To Equity Committee, revitalizing the Equity Membership Candidacy Program. He has been a proud member of Actors Equity since 1981.

Prior to his appointment at UCI, Hill taught Entertainment Law at Columbia College (Hollywood).

In the summer of 2012 Don Hill served as production stage manager the world premier new adaptation of Helen at the Getty Villa in Malibu.

In the world of special event management, Don has stage managed the LA Actor’s Fund Tony Awards gala for the past 5 years. This event is the largest west coast fundraiser for the Actor’s Fund, honoring the careers of such distinguished actors as Hal Holbrook, Brian Stokes Mitchell, Chita Rivera and Tommy Tune with the Julie Harris Lifetime Achievement Award.

In the winter of 2013 Don stage managed the new musical HAVING IT ALL at the Laguna Playhouse. In 2009, 2012 and 2013 Don Hill was voted Outstanding Professor of the Year for the entire Claire Trevor School of the Arts.

It is important to remember that not all students learn in the same manner or in the same time frame. As an instructor, I believe it is essential to establish a safe, nurturing and yet challenging environment in the classroom and in the rehearsal hall.

By creating meaningful, vital and exciting study plans, students can become both inspired and stimulated to take active roles in their own growth and development. My teaching model incorporates lectures, guest speakers, role-playing and discussion, followed by designing projects that require students to test their own theories and ideas via classroom presentations.

In this age of the Internet, we have endless information available. What I seek for my students is the discovery of information and knowledge in tandem with learning the art of applying this knowledge to their individual lives, futures and career options. 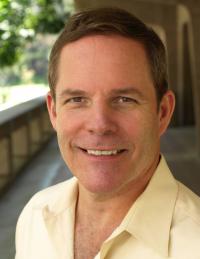