As a company member and designer with Poor Dog Group, a contemporary performance collective based in Los Angeles, California, his designs with Poor Dog Group include Brewsie and Willie, Satyr Atlas, Dionysia, The Internationalist, Murder Ballad, Five Small Fires and Group Therapy. With SINTROCA, an image and performance based theatre company of which Efren is a co-founder, he brought projects to Edinburgh, Scotland, Montreal, Canada, New York and Los Angeles. SINTROCA productions include Moonshine and Peepshow at the Edinburgh Theatre Festival and Lasanta at Richard Foreman’s Ontological Hysteric Theatre in New York.

A recipient of LA weekly awards for both Production Design and Lighting design for Poor Dog Group’s Brewsie and Willie, Efren has also been nominated for an Ovation Award in Best Scenic Design for Culture Clash’s Bordertown Now as well as a Barrymore Award in Outstanding Scenic Design for Bienvenidos Blancos with Team Sunshine Corporation.

Efren’s teaching style provides an inspirational learning environment that exposes the student to the interdisciplinary and collaborative process of design with the goal of teaching imagination, innovation, principles and tradition. He strives to instill a life-long love of learning and curiosity by creating a guided space for exploration. His teaching philosophy posits that wrong turns on the path to success are not failures, they are just iterations. Iterations informed by passion become the pathway for visual catharsis in the art of storytelling. 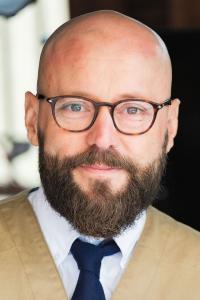