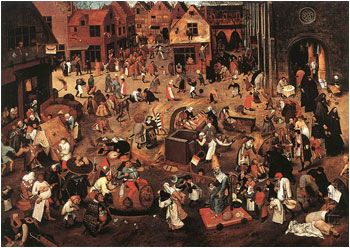 He is the author of The Figure of the Crowd in Early Modern London: The City and its Double (Palgrave Macmillan, 2005), which explores the relationship between early modern perceptions of the crowd and perceptions of London. Examining the topos of the crowd in the context of a wide variety of drama and entertainments, it argues that the crowd was the visible manifestation of an increasingly incomprehensible city, the tangible referent onto which the desires and fears provoked by London's swelling mass were projected. The book's central concern is thus what happens to urban space when it becomes crowded: what happens, in social and symbolic terms, to a city in a population crisis-especially a city that understands itself so much through the public performance of culture. In both the streets and the playhouses the crowd acted as a supplement to the material and conceptual space of the city, transforming the social and symbolic dynamics of urban meaning. This supplemental structure is particularly important in the context of theatrical representation: by staging or invoking crowds, plays link the bounded space of their drama to the theatrical space of their performance, articulating the contradictions inherent to staging an urban world through the relationship between the staged play and its London audience. 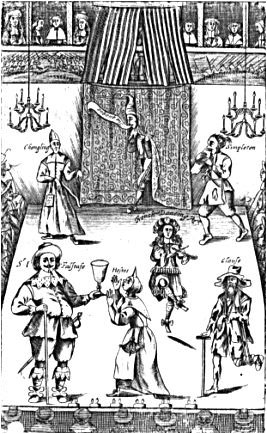 Current projects include Laughing Matter: The Publication and Performance of Wit in Early Modern England, which focuses on the relationship between theatrical wit and the vast expansion of printing in the sixteenth and seventeenth centuries. It contends that despite the oral and extemporaneous nature of theatrical jesting, the Renaissance fascination with the performance of wit was catalyzed and shaped most profoundly by the growth of print culture. In this regard, the performance of wit cannot be isolated from the widespread publication of witty matter. "Performance" and "publication" thus characterize a crucial cultural tension, one that finds its most significant location in the early modern theater and its most concentrated expression in the genre of popular literature known as the jestbook. As the subtitle suggests, the project is built around interconnections between the theater and the marketplace of print, two emerging cultural institutions that have remained largely and artificially separated in critical analysis. The overarching goal of the project is to identify the social, political, and material determinants of jesting, and to produce a critical and theoretical language capable of linking and framing the diverse significances of the publication and performance of wit.

As part of his work on jesting, he has edited A Woman's Answer is Never to Seek: Early Modern Jestbooks, 1526-1635 for Ashgate Press's "Early Modern Englishwoman" series (2007). This collection brings together a half-dozen jestbooks that offer a wide, important, and often overlooked perspective on the representation and lived experience of women in early modern England. Recent articles and book chapters have discussed the influence of jestbooks on Much Ado about Nothing, the production of wit in John Marston's The Malcontent, structures of publicity in Thomas Middleton's A Game at Chess, figurations of orality in the plays of the Queen's Men, and the urban noir of Ben Jonson's The Devil is an Ass. In recent theatrical work, he has worked as a dramaturg with Robert Cohen (Timon of Athens, Endgame), Phil Thompson (Measure for Measure), and Eli Simon (A Flea in Her Ear, Sunday in the Park with George, West Side Story).