Jaymi has been designing around the country for the past twenty years.  Some production highlights include:  four seasons at Utah Shakespeare Festival where she lit sixteen different productions, Two Trains Running, The Taming of the Shrew and the upcoming Great Expectations at The Oregon Shakespeare Festival.  The Wiz and Rocky Horror at Dallas Theater Center, Peter and the Starcatcher and Topdog Underdog at South Coast Repertory, the world premier of The Who and the What at LaJolla Playhouse, Smart Cookie at The Alliance Theater, Frankie and Johnny in the Claire de Lune at Hartford Stage, Orlando and Mary Stuart  at The Court Theatre, Among the Thugs and Anna in the Tropics at The Goodman, No Place Like Home, Uncle Vanya, The Dazzle, Absolution and The Ordinary Yearnings of Miriam Buddwing at Steppenwolf, Tug of War at The Getty Villa and the national tour of John Astins Once Upon a Midnight.

Other design work has included the scenic and projection design on dozens on productions.  She also acted as Architectural Lighting Consultant on over three hundred and fifty private residences and designed four different restaurants within Chicago.  In addition, she has designed over fifty various special events for non-for-profits, red carpet events and private parties.

As a production manager, she has held many positions.  She acted as Senior Production Manager for KBA Marketing who produced more than 10,000 events a year for companies such as Coca-Cola, RJ Reynolds and Nike.  She also managed and initiated the groundbreaking citywide theatre festival in Chicago known as Theatre Fever with more than 80 theatre companies leading free workshops and performances for a two-week period.  She spent seven years as the Producer for The League of Chicago Theatres facilitating all galas, media events and community conferences.  Other production management credits include Outfest Gay and Lesbian Film Festival and Mrs. Ts Triathlon.

She received her training from the conservatory program of The Theatre School, DePaul University.  In 2003 she was the recipient of the Michael Merrit/ Michael Maggio Emerging Designer Award.  She also received a 2010 Joseph Jefferson Award for Mary's Wedding with Rivendell Theater Ensemble and was nominated for a Jeff Award for Orlando at The Court Theater, The Incident with The Next Theatre, Terrible Girls with About Face, Yellowman with The Next Theatre and OffSpring of the Cold War with Walkabout Theatre. She was additionally a winner of a Column Award for Rocky Horror at Dallas Theater Center and was nominated for a Henry Award for her work on Animal Crackers at The Denver Center.  Previous teaching credits include adjunct faculty at The School of the Art Institute of Chicago, Associated Colleges of the Midwest and The Theatre School, DePaul University. 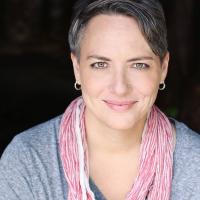