I research the circulation of performers and performance forms among Japan, Europe, and the US in the first half of the 20th century. I am interested in how the inescapabilty of the performer’s body serves to construct and congeal racial, ethnic, and national meanings, both on stage and off.

My current book manuscript examines the Japanese modern dancer/choreographer Itō Michio. It argues that Itō forged an artistic and social identity out of the very categories of racial and national difference used to exclude Japanese from Euro-American society, and to define Japaneseness within Japan. Drawing together theatre, dance, and performance studies, modernist studies, and transnational Asian/Asian-American studies, this project demonstrates how modern artists refashioned alterity into a basis for creative freedom and freedom of movement.

Articles of mine have appeared in Theatre Journal (on the Kawakami troupe) and Theatre Research International (on The Mikado in post-war Japan). I have forthcoming contributions in the volume Dancing East Asia and the Routledge Companion to Butoh Performance. Reviews and encyclopedia articles have appeared in Theatre Journal, Theatre Research International, and the Routledge Encyclopedia of Modernism. 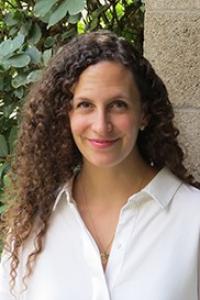