Zachary Dietz is an award-winning music director, conductor, educator, and keyboardist. His work on Broadway includes Mrs. Doubtfire, Moulin Rouge, School of Rock, In the Heights, Beetlejuice, Wicked, The Lion King, Rock of Ages and others. He is also recognized for his work regionally, including the 10th anniversary of In the Heights (The Kennedy Center), Hands on a Hardbody with Trey Anastasio and Amanda Green (La Jolla Playhouse), and Clueless: The Musical with Amy Heckerling and Kristin Hanggi (Dodger Theatricals). His interest in developmental theatre extends beyond Broadway, including The Outsiders with music & lyrics by Jamestown Revival at the Goodman Theatre, Dogfight by Pasek & Paul at Lincoln Center, Children of Salt  by Jaime Lozano at the NYMF Festival, New Works with William Finn at Barrington Stage, as well as residencies with New York University, Yale School of Drama, The University of Cincinnati College-Conservatory of Music, and Troy University’s Danza in Arte a Pietrasanta.

In the nonprofit sector, Zach has served as a clinician and music supervisor for Music Theatre Kansas City, HITS in Houston, Theaterworks USA in New York City, The CCM Preparatory Musical Theatre Ensemble in Cincinnati, as well as his continued work with R.evolućion Latina, broadening access and exploration within the performing arts to Latino youth in NYC. His research includes synthesis technologies as well as Chautauqua and minority performance practices in the United States. He is currently in the process of writing an original children’s musical. Artist sponsorships include Hammond, Sequential Circuits, and Moog Music.

BM: The University of Cincinnati College-Conservatory of Music

MS: The University of Oregon 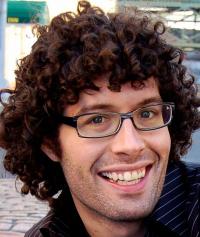