One of the most satisfying parts of my tenure has been raising awareness of the way in which arts are radically interdisciplinary. 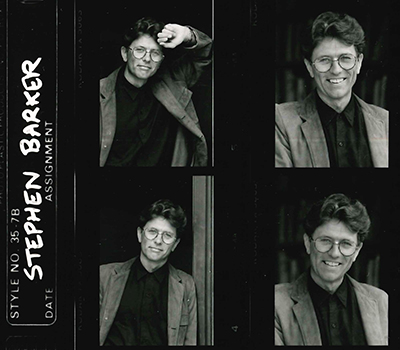 Stephen Barker’s career is hard to pin down: He has been a dancer, actor, director, creative writer, translator, critical theorist and, for many years now, an academic administrator. When he retires in June, after eight years as dean of the Claire Trevor School of the Arts, he will leave a legacy that extends well beyond the school.

“Stephen Barker has contributed significantly to campus by connecting the arts with many disciplines, from medicine to humanities, business to biology and more,” says Hal Stern, UCI provost and executive vice chancellor. “We have been enriched by his dedication to interdisciplinary arts research, and the future of arts at UCI is all the more brilliant because of his 35 years of service.”

Barker was instrumental in launching all three of the school’s doctoral programs in arts, establishing a museum of California artwork, and ensuring that arts became an integral part of the hard sciences that UCI is known for.

Chatting over Zoom from his home office, surrounded with book-lined shelves, Barker wears his signature all-black attire, and reflects on the series of opportunities that have kept him anchored to UCI, yet always in motion, for over three decades.

Image (left): A contact sheet of faculty headshots taken by the university for the newly minted professor in the Department of Drama, circa 1988.

Barker grew up in a small town in Iowa, and earned his bachelor of arts at Amherst College, a small – and at the time all-male – liberal arts school in Massachusetts. He met his wife Michelle at the nearby women’s college, Mount Holyoke.

After graduating, Barker continued studying dance and theater in London before touring internationally with a contemporary dance troupe, and acting and directing in the United Kingdom and New York. He returned to school in the late ’70s, earning his M.F.A. in creative writing at the University of Arizona. While there, he became enraptured with critical theory and decided to pursue a Ph.D. in English and launch his academic career. Barker and his fellow graduate students idolized UCI’s famous critical theorists who at the time included faculty members J. Hillis Miller, Wolfgang Iser and Murray Kreiger. Jacques Derrida, considered the “father of deconstruction,” joined the faculty in the School of Humanities 1987, the same year Barker landed his dream job as assistant professor of drama in what was then called the School of Fine Arts. 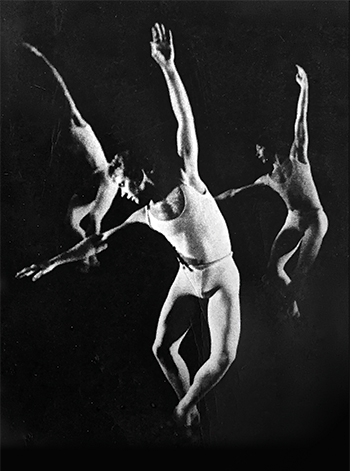 Barker leveraged UCI’s strength in critical theory in one of his very first endeavors: founding the campus’ first Ph.D. program in the arts, a joint doctoral program in drama and theater between UCI’s Department of Drama and UC San Diego’s Department of Theater and Dance.

“Drama is not just what’s on the stage; it’s the text, the culture, and all of the abstraction that surrounds the theater,” explains Barker. “Our joint Ph.D. continues to be a very robust program today, attracting a significant number of international students, and sending our graduates out into very selective tenure track jobs in academia.”

Within three years of his arrival, Barker became chair of the drama department and, just two years later, associate dean. He also served as chair of studio art for two years. He was subsequently asked by Chancellor Laurel Wilkening to serve as faculty assistant to the chancellor, a role he held again under Chancellor Ralph Cicerone. He even served as director of UCI’s Education Abroad Program in Grenoble and Lyon, France, during what turned out to be the tumultuous period in which the September 11 terrorist attacks occurred, putting American students abroad on high alert.

Looking back on the series of opportunities presented to him since arriving at UCI, he says, “It’s been kind of like a relay race where I picked up a baton.”

Image (right): Barker (center), in 1972, danced in a piece choreographed by Richard Alston for the London Contemporary Dance Theatre.

Picking up the Baton

Barker picked up the baton as interim dean of CTSA in 2014, becoming dean in 2016, and set about meeting with leaders of other schools and units to create partnerships that wove the arts into new and unexpected places. His efforts cultivated research projects with the UCI Brain Initiative to explore the science behind the brain’s artistic endeavors. When planning began for the new medical center in Irvine, Barker was involved in incorporating arts as an essential part of the space to promote healing. With the School of Humanities and School of Medicine, he also helped launch the Center for Medical Humanities which explores how illness, disease, and disability affect people’s social lives.

“One of the most satisfying parts of my tenure has been raising awareness of the way in which arts are radically interdisciplinary. They really insinuate themselves into every corner of experience,” says Barker. “As dean, I’ve had the incredible opportunity of trying to support really creative people doing really creative things across the campus.”

Within CTSA, Barker established the Institute for 21st Century Creativity (21C) in 2017 to encourage new research and creative projects connecting art, technology and design. In 2020, Barker spearheaded an initiative focused on arts research, appointed an inaugural associate dean of research and innovation, and established a series of 21C Research Grants to fund interdisciplinary collaboration and leading-edge artwork.

...the artist’s role in contemporary culture is central to the development of a healthy society.

“Research is the key word at UCI and, in general, that means science – test tubes and telescopes. But in the arts we research the nature of human experience – all of its flaws and foibles, its dark side as well as its light side,” explains Barker. “The chief difference in the model of inquiry in the arts is that we are not actually looking for solutions to problems we’re interrogating their complexities.”

Barker oversaw the launch of two new doctoral programs in music: Integrated Composition, Improvisation, and Technology, which focuses on more experimental types of music that incorporate computer software, as well as the more traditional History and Theory of Music. Barker points out that Ph.D. programs elevate the status of arts schools among peers, and help secure additional funding from the university.

One of the biggest responsibilities – and biggest worries – of any 21st century academic leader is funding. The arts are notoriously underfunded in the U.S., and that is only exacerbated by the national emphasis on science, technology, engineering and math, or STEM fields, an acronym that is sometimes expanded to STEAM, with the A for arts.

It comes as no surprise, then, that budget considerations have absorbed much of Barker’s attention. Barker reconstituted the Dean’s Arts Board with community leaders willing to both champion specific areas within the school and help raise funds. Longtime arts advocates Cheryll and Richard Ruszat helped Barker launch the Claire Trevor Society, with membership dues supporting scholarships, fellowships, research, exhibitions and productions. In return, members get invitations to rehearsals, opportunities to meet choreographers and directors, and – in the case of a reception held amid giant set pieces in the production studio – literally go behind the scenes. 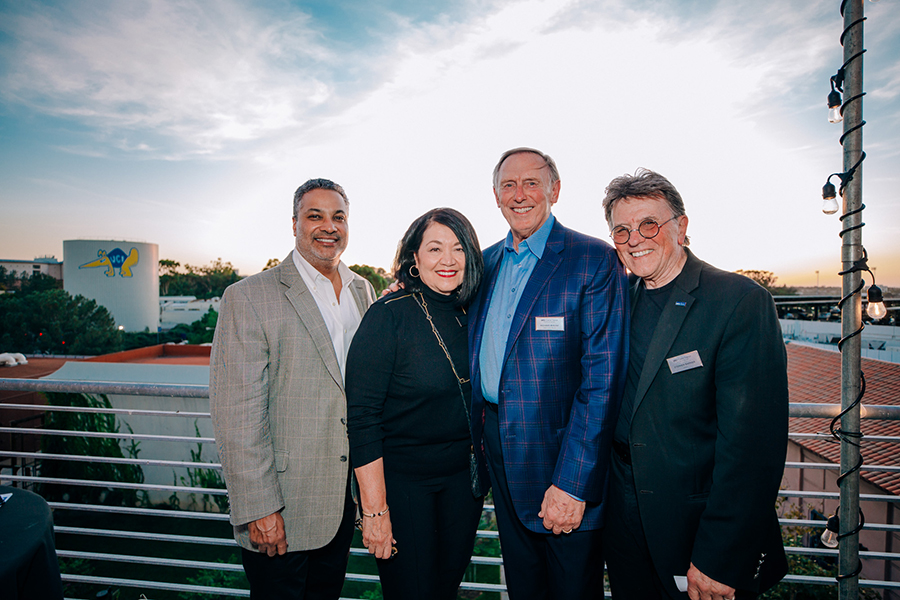 Image: (from left to right) Ivan Williams, Cheryll and Richard Ruszat, and Dean Barker, pose for the camera on top of the Contemporary Arts Center during the 2019 CTSA Open House event. (Photo: Will Tee Yang)

“It’s been a magical, eye-opening experience for so many people to have a chance to be behind the scenes and see what’s going on,” says Barker of the initial events hosted by the society. “We’ve set a high bar for ourselves with the Claire Trevor Society.”
As part of UCI’s Brilliant Future Campaign, which launched in 2019, CTSA received $1 million from the Beall Family Foundation to support ongoing programming and exhibitions at the Beall Center for Art + Technology.

“Finding funding for the arts is never easy,” says Barker. “But I have been continually impressed, and deeply grateful, for the wonderfully generous supporters of the arts in Orange County whom I’ve had the pleasure of working with. We truly could not do what we do without them.”

Yet perhaps the most significant arts gifts the university received during Barker’s tenure were the donation of two unparalleled collections of California art: the Irvine Museum Collection and the Gerald E. Buck collection. Barker served as the founding executive director of the UCI Institute and Museum for California Art, which received these two famous collections, as well as other relevant works of art. In this role, he co-curated the IMCA’s inaugural exhibit, First Glimpse, which was the initial public display of the Buck Collection, and showcased 50 paintings and sculptures, and brought more than 10,000 visitors to UCI.

“Here I was sitting in this office, still adjusting to being dean, when I got the call that we’d inherited this collection,” says Barker. “It was an incredible opportunity to create a place where this great research university could continue doing research focusing on the history and future of California arts.”

“I’ve been consistently renewed by the energy that I’ve been able to tap into to do new creative things at UCI,” he adds. 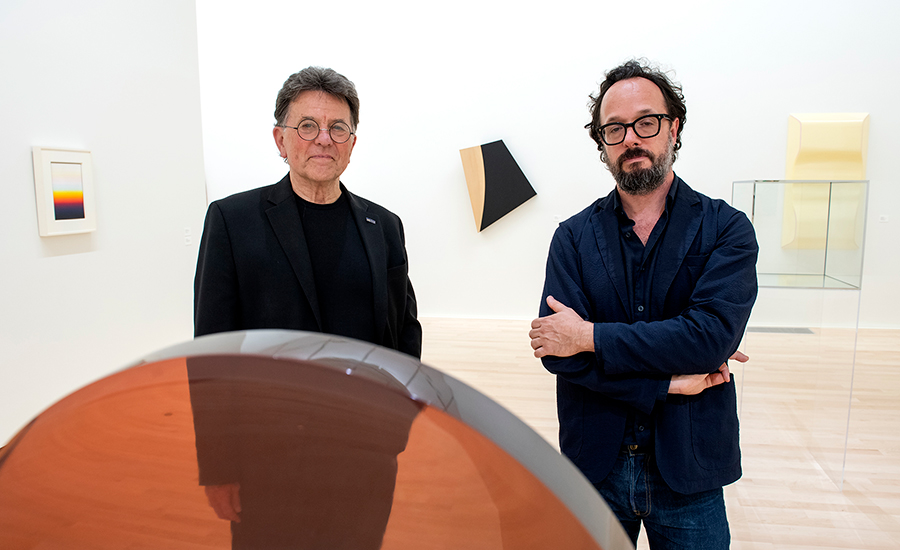 Amid all of this activity, Barker remained a prolific academic, writing and editing four books, publishing four translations of French philosophy, producing 20 book chapters, 30 articles, and presenting at more than 150 conferences. He also served as a reviewer for over a dozen presses, and was a founding board member of the journal Derrida Today.

He currently serves on the executive boards for the Irvine Barclay Theatre and Arts Orange County, where he enjoys championing the importance of the “citizen artist.”

“It’s really been satisfying to raise awareness in the school and beyond, of the role of good citizenship that the arts play,” says Barker. “We have an obligation not only to really root into the great problems of history, the present and the future. Good citizenship also has to do with thinking through the way in which the artist’s role in contemporary culture is central to the development of a healthy society.”

While Barker’s retirement signals a shift, he has no plans to slow down. He’ll remain involved with community arts organizations and, of course, his beloved UCI.

“I love the way in which UCI has continued to develop its maverick status,” Barker says. “At 55 years old, it’s gone through all of the teething problems of an upstart, and now we’re among the elite universities, and yet the feeling on the campus is one of being new. We are young and exciting. UCI presents itself as a place that isn’t covered with ivy.”

Barker says he’s looking forward to spending more time with Michelle, his wife of 45 years, as well as his two grown sons. He also hopes to take long bike rides, and enjoy his second home in Provence. But he also expects to continue current book projects, including new translations, and even studying Greek.

“I’m a very curious person, constantly finding new things to read about, explore, study,” says Barker. “It’s been wonderful to be at a very top research university to meet people doing truly cutting-edge work. I don’t think I could have made a better choice of where to spend my career.” 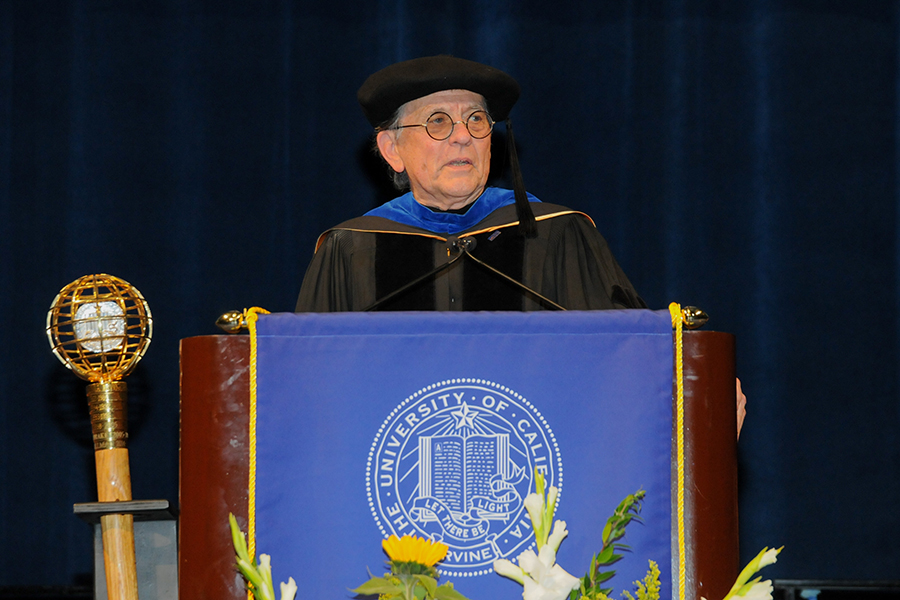 Image: Dean Stephen Barker stands in full regalia during the opening remarks at the CTSA graduation ceremony in 2018. During his time as dean, Barker ushered more than 2,000 arts students through graduation from the Claire Trevor School of the Arts. (Photo: Steve Zylius)

Dean Stephen Barker will retire from UCI  on June 30, 2022. Learn more about the many contributions he has made to the School and University at www.arts.uci.edu.

To learn more about the Stephen Barker Art Research Endowment.