Three new UCI faculty members are joining the Claire Trevor School of the Arts’ Department of Drama this fall, bringing diverse backgrounds and fresh ideas to the disciplines of doctoral studies, scene design and music direction.

“We’re excited to be able to welcome these three faculty members to UCI,” says Don Hill, chair of the department of drama. “The programs they’ll lead will provide many new opportunities and avenues of study for our students.” 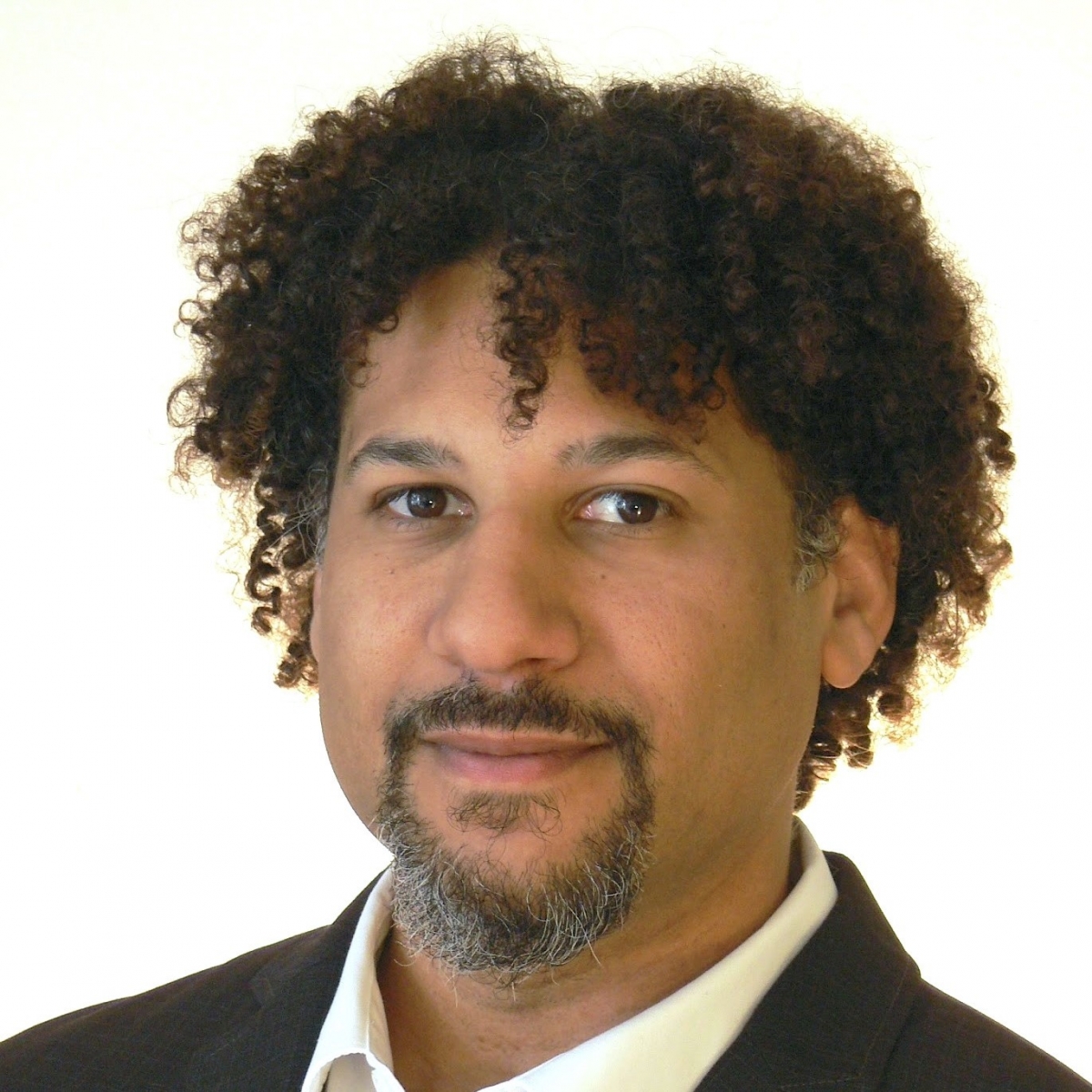 Zachary Price, sees performance in all its iterations as a way to explore the difficult and sometimes messy questions about the world we live in. As CTSA’s new assistant professor of doctoral studies, his mission is to train a legion of scholars and practitioners to explore those questions and to share with them his passion for public service.

Price has deep roots at the University of California. He earned his doctorate in theater studies from UC Santa Barbara. He taught in the Department of African American Studies at UCLA as a Chancellor’s Postdoctoral Fellow and co-authored the first Hollywood Diversity Report through that campus’s Bunche Center for African American Studies. He went on to teach at Texas A&M University College Station in the department of performance studies, before rejoining the UC system at UCI.

“I believe in the larger mission of UC as a major research university that integrates research into pedagogy as well as working with community outside the university to contribute to the public good.”

He wants to continue that work by exposing students to programs such as The Odyssey Project, a prison intervention theater program he helped develop in Santa Barbara County, and the Robey Theatre Company which develops innovative plays about the Black American experience.

The interdisciplinary nature of Price’s scholarship fits neatly into the UCI culture. He investigates the political, economic, and historical conditions that shape performance and cultural production, and how performance in turn shapes cultural and political conditions.

“Performance is both the subject of study but also the methodology for study,” he says. “And performance is not limited to the proscenium stage, but also occurs in streets, sports arenas, burlesque, bars, public dissent and protest.”

He points to the Black Lives Matter movement, which uses dance and artistic production to bring attention to and transform discourse and policy.

Price’s own research, rooted in part in his childhood experience with Japanese martial arts and three years teaching English in Japan, is entitled Black Dragon: Afro Asian Performance and the Martial Arts Imagination. It examines how artistic movement practices have created a form of cultural exchanges between Third World groups. Black Dragon considers how Black men in the mid 20th Century began to take up Asian martial arts forms as a way to heal the psychic damage of a marginalized people denied their own bodies under slavery and American racism as well as how Asian Americans have picked up the radical politics embodied in Black cultural expression. His publications have appeared in Theatre Topics, The Drama Review, The National Review of Black Politics, Journal of Asian American Studies, and The Postcolonialist.

At UCI, Price hopes to grow an archive of African American film and drama and will teach a class on the subject in the spring. He’s also interested in exploring with students the design of online games and depictions of race, gender, class and sexuality on the virtual stage.

“How are new communities formed online and who is accepted,” he asks. “Who controls the domain becomes another big question?  How do virtual fantasies play out in our daily lives? The people who consume these products are not representative of who’s designing them. So, who gets to tell the stories whose stories get told?” 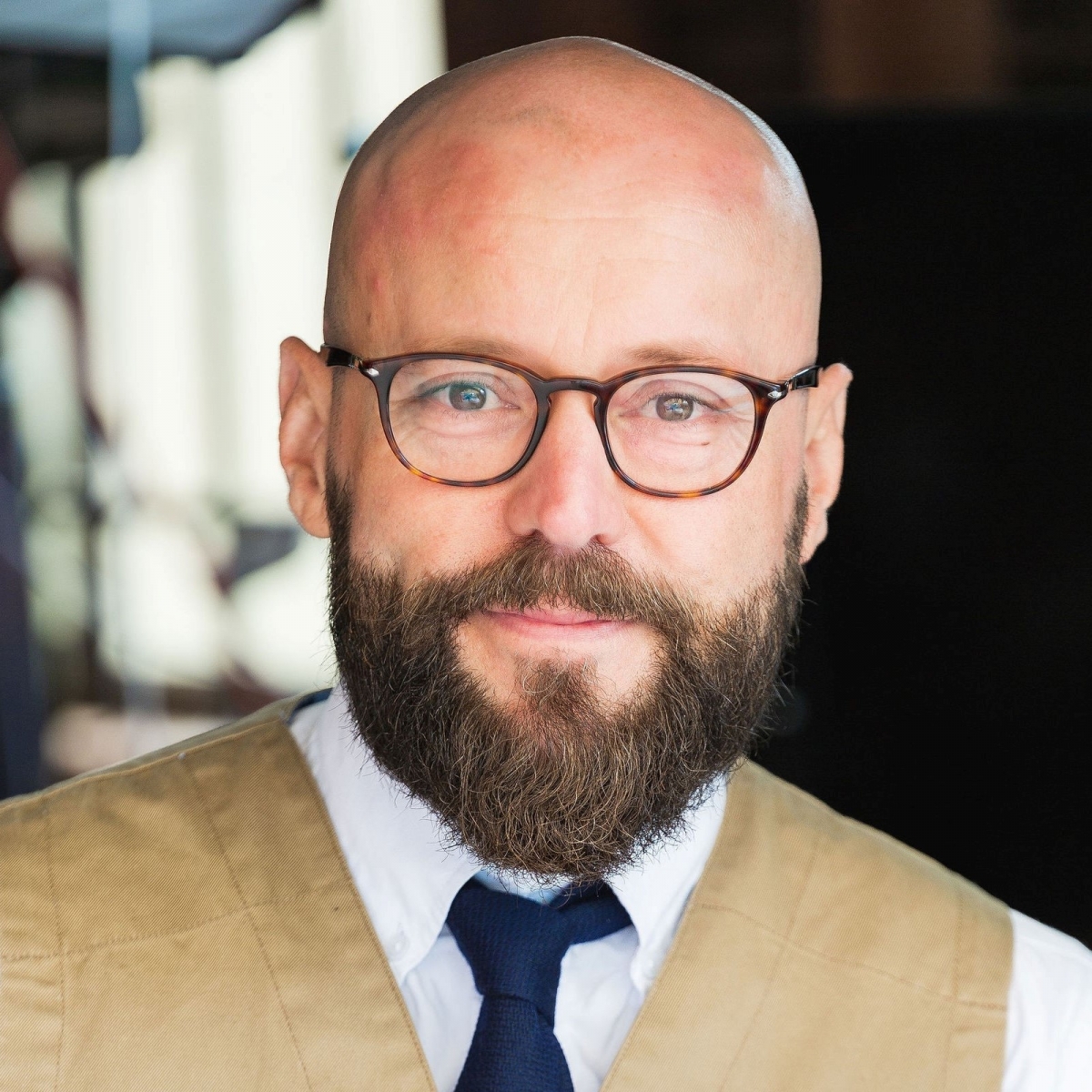 For Efren Delgadillo Jr., stepping foot on the UCI stage as an assistant professor of scene design is like coming home. He received his bachelor’s degree in Studio Arts at UCI in 2000 before earning an M.F.A. in scenic design from California Institute of the Arts in 2003. He has designed sets for more than 20 notable productions in New York, Canada and Europe. He is a company member and designer with Poor Dog Group, a contemporary performance collective based in Los Angeles. With SINTROCA, an image and performance-based theatre company he co-founded, he brought projects to Scotland, Montreal, Canada, and both U.S. coasts.

And now, he’s excited about being able to recruit and mentor students from all walks of life at UCI, who may not have even dreamed about scene design.

“That’s what happened to me,” he says. “My predecessor at UCI, Cliff Faulkner, saw a spark in me, and now here I am. I’ve come full circle.”

A celebrated and lauded designer, Delgadillo says his favorite project is always whatever he’s currently producing.

“It has to be that way for me. I just have geek out on it because there are so many aspects to explore.”

When pushed to pick two past projects of which he is most proud, he turns to pivotal career points – Prometheus Bound at the Getty Villa for the Center for New Performance with director Travis Preston, and American Mariachi at South Coast Repertory with director Christopher Acebo.

With Prometheus, “I felt like I was made for that relationship – the production, the facility, the design and the story. We created a 24-foot tall wheel. It was a bold statement and the hardest and most rewarding thing I’ve ever done. It was a door-opener for me.”

American Mariachi enabled Delgadillo to draw on his heart and his culture. As a Mexican-American who grew up in East Los Angeles, he appreciates mariachi music. And the play’s main character is a woman with dementia much like Delgadillo’s mother.

“It’s a cool thing to bring to life an emotion and culture you have inside you to tell a story,” he says.

He hopes to similarly inspire UCI students who will be learning scene design remotely this fall by dissecting diverse theater productions from La Casa de Bernarda Alba by Federico Garcia Lorca to Giancarlo Puccini’s La Bohème to learn how artists conceive, communicate and realize their set designs. In addition to core design, he will teach a class on visualizing designs on digital platforms. Acquiring content, manipulating, presenting, and communicating ideas passionately is the goal of this techniques class.

Along the way, Delgadillo also will teach students that there are no bad ideas.

“Students are sometimes afraid to come up with ideas because they don’t want to be wrong,” he says. “But missteps are something to build on – to help hone their eye. It might feel like a setback but I tell students, ‘You’re like a slingshot; the farther back you’re being pulled, the farther you’ll launch.’ ” 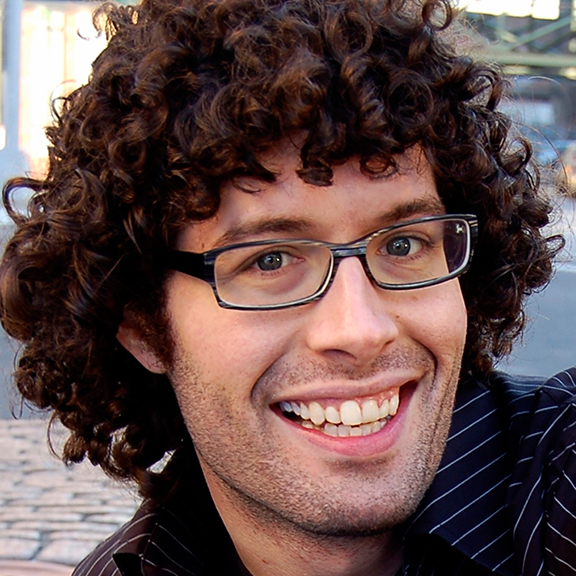 Zachary Dietz, CTSA’s new assistant professor of teaching and music theater, brings an award-winning background as a music director, conductor, educator and keyboardist to one of the few degree programs worldwide in music direction.

“What’s exciting is that this is a really young program and UCI is willing to have the conversations about how to bring 21st Century ideas including access, inclusion, technology, performance practices, education, business and finance into music direction.”

Students in the program will learn about the business as well as the artistic side of music directing and will be able market themselves and serve as their own best asset in the real-world theater milieu, Dietz says, a skill he hopes to facilitate through internship opportunities abroad as well as developmental work on campus.

He evolved to this point in his career from classical roots. He grew up in a home where pop, jazz and classical music was always on the turntable and says he voraciously devoured whatever came his way. With years of piano lessons behind him, he was accepted to the University of Cincinnati College-Conservatory of Music with the goal of becoming a classical pianist.

“Theater came to me late,” he says. “I discovered the theater program at Cincinnati, which was quite prestigious and that the people were speaking a similar language about music that really energized me.”

At once, terrified and excited by the challenge to use his skills to collaborate and problem-solve, he changed course. After he was awarded his bachelor of music degree in 2003, he went on to earn his master’s from the University of Oregon and emerged into the world of music direction.  He describes the job as “equal parts band leader, cheerleader, confident, educator and motivator of music. Basically, I’m the facilitator for musical aspects of a show.”

His work on Broadway includes Mrs. Doubtfire, Moulin Rouge, School of Rock, In the Heights, Beetlejuice, Wicked, The Lion King, Rock of Ages and others. He held artist in residence positions at New York University, Yale School of Drama, The University of Cincinnati College-Conservatory of Music, and Troy University’s Danza in Arte a Pietrasanta. He also helped launch R.Evolución Latina in New York City, which gives LatinX youth in the five boroughs the opportunity to create, share, and perform alongside their peers and mentors in the Broadway community.

In the Heights, Lin Manuel Miranda’s first musical, was groundbreaking for him for a number of reasons, he says.

“I was a young up-and- coming musician the scene, and to watch someone with a singular vision about what he was trying to say -- about the neighborhood he grew up in,  how we talk about race and humility and economic struggle – and say it in effortless and accessible way that had not been on the stage before…it was remarkable.”

Dietz is inspired to share his experiences with UCI students.

“I’ve accumulated all these wonderful experiences and those life lessons shouldn’t end with me,” he says. “I’m looking forward to passing my knowledge on to next generation of artists and musicians coming up.”