After The Coup de Comedy Festival and Global Improv Initiative (GII) Symposium on June 3-6, it became apparent that a virtual platform created an accessible and inclusive space, bringing widespread participation and success to this event. With iRev hosting the event alongside Drama faculty Joel Veenstra, the two concurrent events that took place proved that even without a physical space to collectively gather, comedy could unite performers across several continents.

Over the span of four days, the Coup de Comedy Festival and GII Symposium had a combined attendance of over 600 virtual participants from six continents, with guest improv performances from troupes in England, Brazil and the Philippines. The Coup de Comedy featured workshops ranging from comedic magic to sketch comedy and presented panels with industry professionals on a wide range of topics relating to comedy, improvisation, and more.

The GII Symposium, facilitated by London-based theater company, Improbable, devoted 24 consecutive hours to an open forum for discussions surrounding the questions, “How is the world transforming improvisation? How is improv transforming the world?”

However, this four-day event did not simply come together overnight; behind the scenes, Veenstra and the iRev team worked for months to plan, fundraise and organize the events. In addition to raising funds to cover the cost of the event itself, iRev made sure that the event’s performers, panelists and speakers were fairly compensated for their time, using a portion of the money raised to pay their visiting artists.

“I think it’s important that performers and panelists are given compensation because it shows that we value their art and time more than anything and are so appreciative to have them take time to come and share their gift with us and anyone around the world, this year especially,” said Sarajane Bradford, one of iRev’s team members.

With years of experience working in the theater industry, Veenstra connected with theater professionals whose careers span many areas of comedy. The topics that these guests spoke on were curated by Veenstra and the iRev team over the course of the school year; Veenstra and the students frequently met to discuss the interests of the students and the broader UCI community.

“We meet often and have conversations about great groups, workshops, or teachers we’ve seen or heard of, or people who they are interested in bringing in. Then I make suggestions, and we talk about interesting panels or events that folks might benefit from,” said Veenstra. “Essentially, I meet with them, see what their areas of interest are, and then try within my network and beyond my network to bring in people to help facilitate these workshops, panels, presentations and performances about improv and comedy in general.” 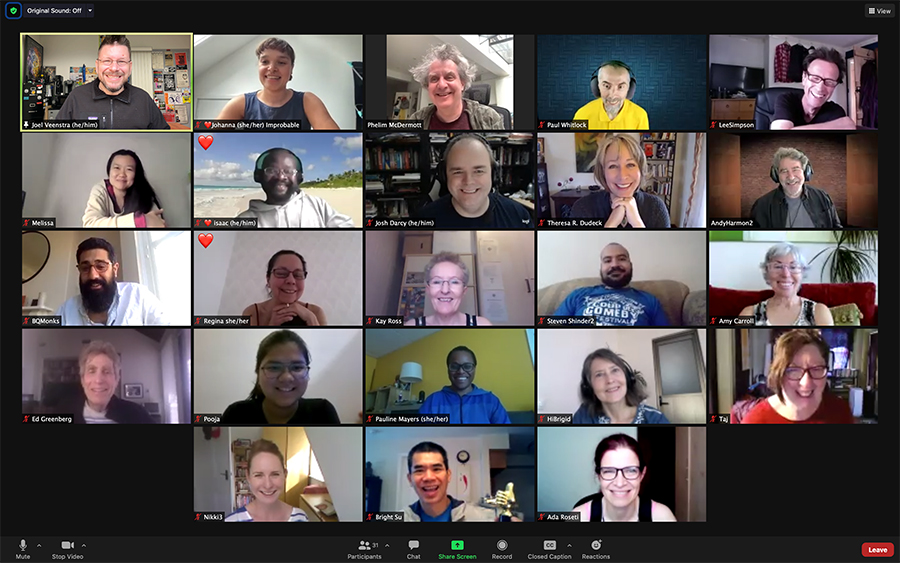 Sponsor organization Improbable (based in London, U.K.) hosted a "Devoted & Disgruntled" Open Space event during the festival as part of the GII Symposium as a place to converge and converse about challenges and opportunities in the improv and theatre communities.

From stage management panels like “Stage Managing the Unexpected” to musical improv workshops with ComedySportz Portland, Veenstra’s vision brought a holistic view of the comedy world to hundreds of eager participants.

“I really loved our last closing panel with Sam Richardson (Veep, Detroiters, HouseBroken). The man is a legend and inspiration, and hearing his journey to where he is right now in his career was awesome,” said Bradford.

While both the Coup de Comedy and the GII Symposium both saw astonishing turnout in the past, this year’s conversations around diversity, equity and inclusion and the transformation of the industry over the past year drew waves of new voices into the events’ conversations. Panels like “What is Happening in the World?” and “Intersectional Inclusion in Improvisation” opened discussions with performers across the world who shared their insight and offered perspectives on the social issues surrounding the industry.

“The improvisational community tends to be predominantly heavily white and male, so part of the conversation that we’re having is – okay, how do we transform this space to be a more inclusive and accepting space? How do we stand up as allies for folks from marginalized communities in those spaces?” said Veenstra.

These conversations and more lent themselves tremendously to the overarching theme of the week: “Transform.” As the world has undergone immense transformation within public health, technology, social justice, and inclusivity in the past year, the theme also included discussions about the transformation of the arts to a digital platform that has allowed theater to continue functioning during the pandemic.

“One of the interesting solutions [to sustaining theater post-pandemic] is that people think that this online platform is not just for a season, but instead something that we’re going to keep doing in the future because it’s another potential point of accessibility and a potential revenue stream. So why not use this to help keep theaters running?” said Veenstra.

With all of this in mind, there was no better way to bring artists, comedians and performers together in this new virtual realm than at the inaugural year of the online Coup de Comedy Festival and GII Symposium. 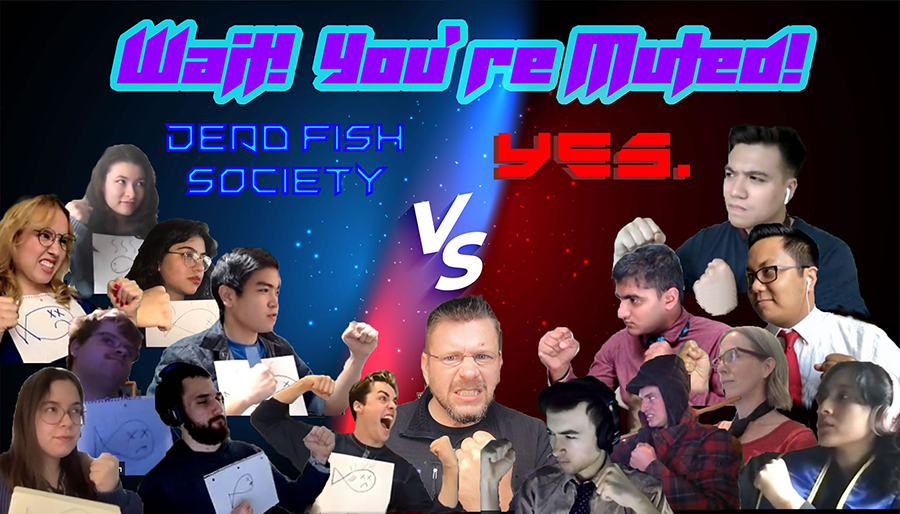 UCI students perform in "Wait! You're Muted," an Improv Battle between two teams in the virtual performance space on Zoom.